Darren is an award winning, working-class, Anglo-Indian writer, who was born in East London. He trained at Rose Bruford College and has written for film, television, radio, and theatre.

He has written for Doctors and EastEnders for BBC1, and the BBC Asian Network radio soap Silver Street. He currently has two feature films in development TURN OF THE SUN (Sci-Fi) and THE HARVEST (Thriller), along with a period TV series, a radio sit-com and a drama series about a psychiatric unit called SECTIONS.

As a writer for hire he wrote a £20m period feature in January (details TBA) and is just starting on a low budget independent film and another period drama set in London. He is looking to direct his first feature THE LAST GLASSHOUSE as his next big project.

Other companies he has worked for as a writer include the National Youth Theatre, The Royal Albert Hall, Greenwich and Lewisham Young People’s Theatre, The London Bubble, and the Half Moon. He has written a number of short films (some of which he has also directed) including How to be Human (currently on Dust) and Sodabikes (Amazon Prime).

In 2010 he visited India with Sci-Fi London to run writing workshops in colleges in Mumbai and Ahmadabad on writing Science-Fiction films.

For stage he has written both small and large scale productions, including opera and musicals. These have included SMOKE at the Union Theatre, WORLDS APART at the Brockley Jack and EXTENSIONS OF LOVE at The Oval House. His children’s shows have included Clara and the Nutcraker, 1001 Arabian Nights, The Snow Queen and The Little Mermaid (Tramshed). Community plays include JAM TOMORROW and BOOM, both of which had casts of over 60 and included original songs that he wrote with a composer.

Darren currently teaches Film and TV at Rose Bruford College, screenwriting at the BFI, and is a visiting lecturer on the MA writing course at The Royal Central School of Speech and Drama. He was a show runner on a continuing drama TV project called RIVERSCROSS and also works as a freelance script consultant and editor for feature films. 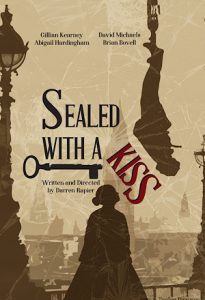