Justin is an actor, voice artist and writer who lives in the south of England. He holds a degree in English & Philosophy from the University of Leeds and is a member of the Writers’ Guild of Great Britain.

Originally a trained choral singer, he subsequently moved into stage musicals and then into film and television. He has over 50 professional acting credits.

Prior to returning to the creative industry, Justin worked for two decades in technology public relations, running promotional campaigns and writing speeches for technology industry leaders. In 2014, he wrote a novel called ‘The Luck Particle’ which reinvigorated his desire to write fiction.

Recent writing projects have won accolades including Best Horror Screenplay at Flickers’ Rhode Island International Film Festival 2020 and the Gold Grand Jury Prize for Best Horror Screenplay at the Los Angeles Motion Picture Festival 2020. Justin was also a Finalist in the Filmmatic Inroads Screenwriting Fellowship in 2019 and appears twice in the Top 100 for the ISA Table Read My Screenplay competition in 2020 and 2021. 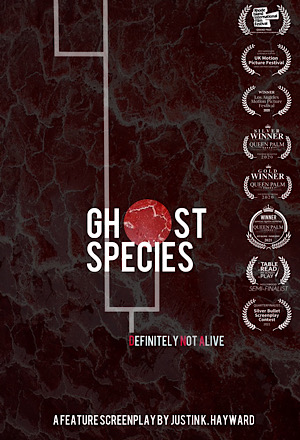